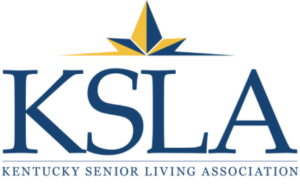 On Wednesday, October 19, 2021, a group from the coalition partners attended a hearing of the Interim Joint Committee for Health, Welfare and Family Services to discuss BR137, the Assisted Living bill.

Betsy Johnson began by describing all the levels in the continuum of care and the payment sources for those levels. Then, Tim Veno discussed the support within his organization. Many of his members are not-for-profit continuing care retirement communities (CCRCs), with most levels of care along the continuum. Mary Lynn Spalding applauded the bill as necessary to relieve consumer confusion, as it would allow a resident to stay in their “home” longer by providing basic health services in assisted living. Mark Lee covered the executive summary of the bill, with emphasis on specific items that the Alzheimer’s Association wanted included in the bill. Bob White wrapped up the testimony by sharing that the coalition has diligently worked on this bill for two years. It has researched many other states' statutes, as well as consulted with other Argentum state partners in the drafting of this bill. Bob also shared that for years, Argentum has encouraged KSLA to change assisted living from a social model to a health services model and has helped fund this effort with grants from their advocacy funds.

After the testimony, chairwoman Moser asked various senators and representative for questions or comments regarding the bill. Most of the committee members who spoke were generally in favor of this modernization of assisted living, and the coalition partners panel answered all the questions to the satisfaction of the committee.

It is the general feeling of the coalition partners and our lobbyist, Kelley Abell of The Rotunda Group, that the hearing went very well. However, we still have a lot of work to do with other advocacy groups and the Cabinet for Health and Family Services before the session of the General Assembly in January 2022.

After we were dismissed, the next item of business on the committee agenda was to hear from the Alzheimer’s Association. MacKenzie Longoria spoke for the Alzheimer’s Association. She indicated that the bill did not go far enough in terms of training community staff on basic and advanced topics related to Alzheimer’s disease and other related dementias. She also indicated that the coalition had not reached out to other advocacy groups to get their input on the bill. There were a few questions for Ms. Longoria after her testimony. Our takeaway from her presentation is that we should reexamine the training aspects she enumerated in the bill.

On Thursday, October 21, 2021, there was a Zoom meeting with CHFS, the coalition partners, the Alzheimer’s Association, AARP, and other legislative members to determine what issues the Cabinet and other advocacy groups had with the bill. Kelli Rodman, Executive Director of the Office of Regulatory Affairs, chaired this meeting. She asked Inspector General Adam Mather to share the concerns that the Cabinet had with the bill. IG Mather went over eight main concerns, details of which will be sent to the coalition partners in writing. Once received, the coalition partners will meet to review all the concerns from the Cabinet and advocacy groups to determine if the bill should be revised to address any of them.

Overall, we feel good about the bill. The feedback we have received from members of the Committee has been very positive.

If you have questions, please do not hesitate to give us a call.

Gain all the benefits KSLA has to offer